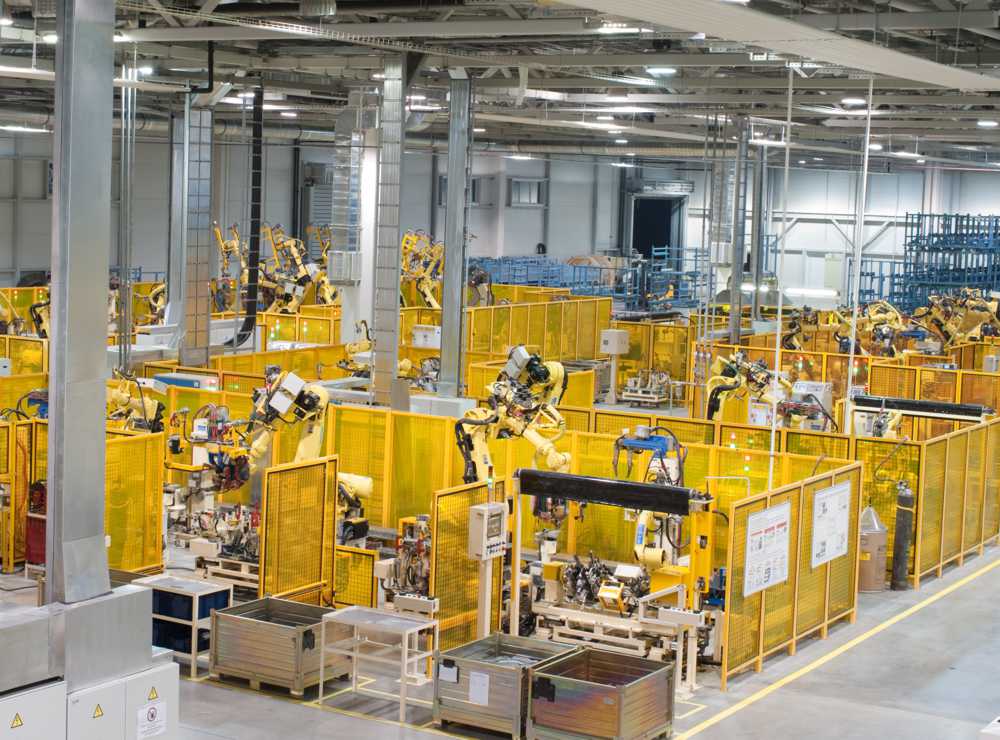 Often machine designers and builders are tasked to develop a work cell that solves a single problem on their customer’s manufacturing floor. However, the factory of the future is flexible and uses data for decision-making purposes.

In The Future of Manufacturing in the United States flexibility was defined as a plant being able to produce multiple products in the same factory floor space, and is determined by management’s ability to communicate the requirements for flexibility clearly.

More to the point, flexibility is about the range of products offered, the mobility of the plant, and the ability to achieve uniform performance across the product range.

Since most companies don’t actually demonstrate flexibility in all areas, it’s sometimes discussed that a company has the potential to be flexible.

When a manufacturing facility wants to improve their flexibility, they don’t always know how to get there. Not all improvement efforts are deemed to be successful, and the cause can be traced back to miss-identifying what kind of flexibility was needed, how they were going to measure it or the failure to identify the factors to success.1

How can an original equipment manufacturer (OEM) assist with improving a customer’s plant flexibility?

Knowing flexibility is comprised of product range, mobility and uniformity, an OEM can determine the importance of each factor.

Finally, remember the plant size does not always affect its ability to change between products quickly.

Don’t think the use of computers and software will automatically improve these factors. In fact, computer integration increases the complexity of the machine and process and increases the time to perform a change-over.

The fact that computer and software can improve the uniformity of the product, they typically don’t outweigh the negatives. However, collecting of additional data could allow greater up-time, which could decrease the length of the product run. 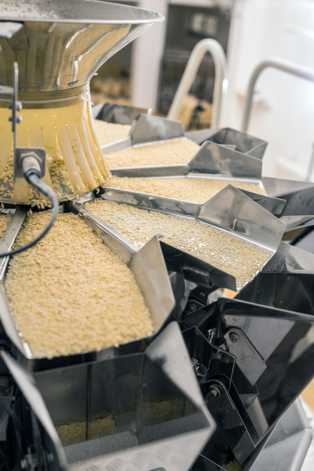 Is this company flexible?

It would depend on how fast they would be able to change over the package filler between each product. If it takes a long time to change from one product to another, the packager may decide to have longer product runs.

However, depending on their customer’s needs the longer runs could force them to keep more inventory both in the “raw” format and in the finished product.

How experienced are their workers?

Have they worked in other food processors/packagers?

Have they worked with this type of product before?

The answers to these questions may affect the change-over time, but if it is simple and intuitive to perform, the process of changing product may reduce over time. Time reduction will put stress on all the downstream processes to be able to keep up with the change-over of the packaging machine.

When using automation, can it be designed to handle the various package sizes? Size, speed (packages per minute) and weight of the packages are all factors in determining the viability.

In God we trust; all others bring dataW. Edwards Deming

Deming believed data to be the gateway to uniformity and quality. The issue with the type of data collected in Deming’s time was that it was obsolete as soon as it was collected; primarily because the data collection occurred after the product (whip or finished good) was completed.

Today’s factory needs to collect ─ and react to ─ data in real time, and the Industrial Internet of Things (IIoT) makes it happen.

In the previous two articles here and here, we discussed the proposed future of data collection through arrays of sensors.

Many device manufacturers are now offering them with Ethernet communications built in; allowing for quick access.

Even when building a machine these Ethernet-ready devices make is somewhat easier to “hang” the device on the machine network if there is a server to handle the communications.

The sensors reside on the network layer (see OSI’s 7-layer model of computer communications), but also has an application layer built-in. This application layer is the protocol ─ EthernetIP, EtherCAT, Profibus, and Modbus ─ used to send the data packets. The type of device protocol used will be dependent on the main controller’s protocol.

How can an OEM assist with improving a customer’s plant data collection?

The OEM must work with the customer to determine the appropriate level of data collection.

• How will the customer use the data?
• Where will data collection and storage occur: a data server, the main server or the machine’s controller?
• Is the network primarily wired or wireless?
• Does the customer allow for outside communication with the machines within the network?

There is a direct relationship between the amount data collected and the complexity of the control scheme. The more sensors attached to the machine the more complex the controller. With complexity comes cost ─ to source, deploy and maintain the system ─ and the potential hindrance of a plant’s flexibility pursuits, as stated above.

Returning to the example application above, where can data collection assist the customer?

These are but a few examples, and the OEM needs to work with the customer to determine the extent of the possibilities.

Alarms could be used to shut down up- and down-stream machines.

Counts could be used for completing all types of paperwork from shipping records to invoices to inventory re-ordering.

From a maintenance viewpoint, there can be an array of sensors to notify when the machine is out of standard, or when it is time to perform maintenance. The control platform could be setup to notify the OEM that there has been a failure and identify the cause to reduce downtime.

In many respects, the factory of the future is already here in the United States and will continue to extend its impact on end-users and OEMs alike.

Pre-visualization, flexible factories, and data collection will allow manufacturers to compete on the global stage vigorously. As technology advances, these three aspects will become less expensive to implement, easier to deploy and assist with decision-making on the fly.

Follow me
Pat Klingberg
I love learning something new every day about products, processes, techniques, industries, and applications among many other topics. I apply this gained knowledge to the design and development of custom machines that solve our client’s problem(s).

When I learn something that would be relevant and educational to our customers and website visitors, I’ll write how-to, what to look for and other educational articles — along with company news.

Follow me
Latest posts by Pat Klingberg (see all)